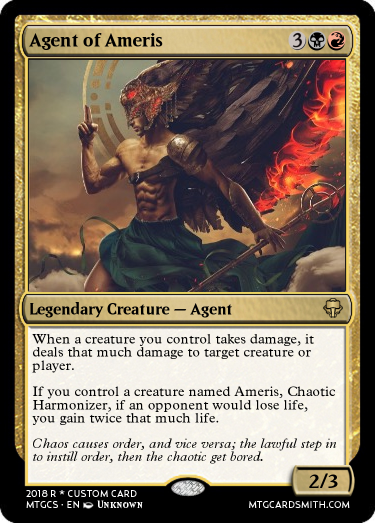 When a creature you control takes damage, it
deals that much damage to target creature or
player.
If you control a creature named Ameris, Chaotic Harmonizer, if an opponent would lose life,
you gain twice that much life.
Chaos causes order, and vice versa; the lawful step in
to instill order, then the chaotic get bored.