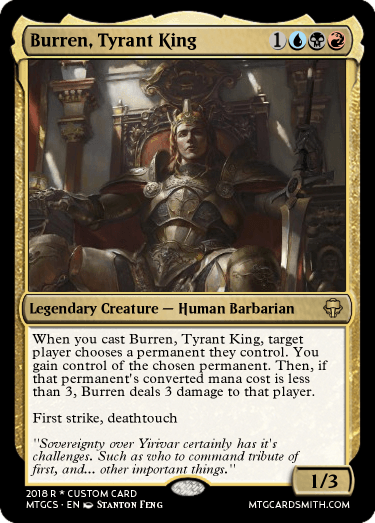 When you cast Burren, Tyrant King, target player chooses a permanent they control. You gain control of the chosen permanent. Then, if that permanent's converted mana cost is less
than 3, Burren deals 3 damage to that player.
First strike, deathtouch
"Sovereignty over Yirivar certainly has it's challenges. Such as who to command tribute of first, and... other important things."