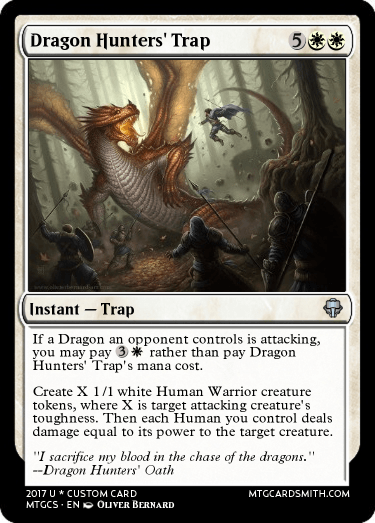 If a Dragon an opponent controls is attacking,
you may pay {3}{w} rather than pay Dragon Hunters' Trap's mana cost.
Create X 1/1 white Human Warrior creature tokens, where X is target attacking creature's toughness. Then each Human you control deals damage equal to its power to the target creature.
"I sacrifice my blood in the chase of the dragons."
--Dragon Hunters' Oath