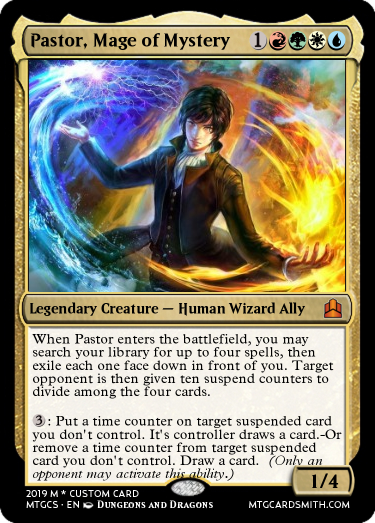 When Pastor enters the battlefield, you may
search your library for up to four spells, then
exile each one face down in front of you. Target opponent is then given ten suspend counters to
divide among the four cards.
{3}: Put a time counter on target suspended card
you don't control. It's controller draws a card.-Or
remove a time counter from target suspended
card you don't control. Draw a card. (Only an opponent may activate this ability.)