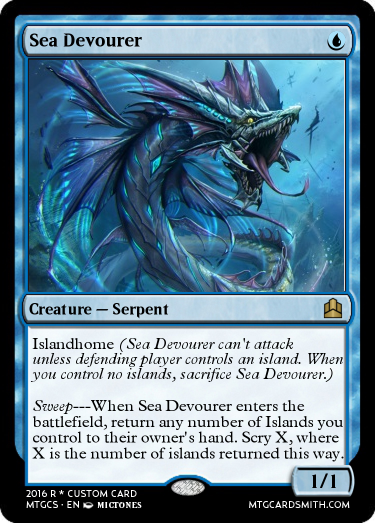 Islandhome (Sea Devourer can't attack unless defending player controls an island. When you control no islands, sacrifice Sea Devourer.)
Sweep---When Sea Devourer enters the battlefield, return any number of Islands you control to their owner's hand. Scry X, where X is the number of islands returned this way.