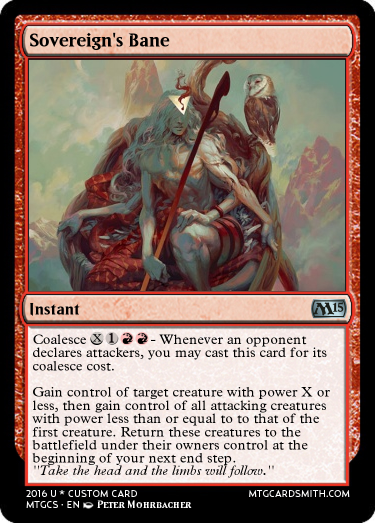 Coalesce {x}{1}{r}{r}- Whenever an opponent declares attackers, you may cast this card for its coalesce cost.
Gain control of target creature with power X or less, then gain control of all attacking creatures with power less than or equal to to that of the first creature. Return these creatures to the battlefield under their owners control at the beginning of your next end step.
"Take the head and the limbs will follow."

Support Vyktur's creations
with a gift of Premium Membership!