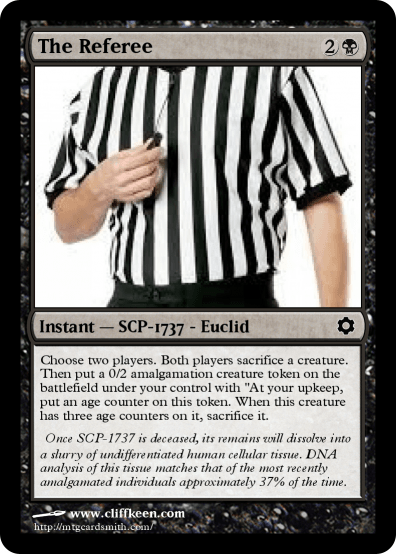 Choose two players. Both players sacrifice a creature. Then put a 0/2 amalgamation creature token on the battlefield under your control with "At your upkeep, put an age counter on this token. When this creature has three age counters on it, sacrifice it.
Once SCP-1737 is deceased, its remains will dissolve into a slurry of undifferentiated human cellular tissue. DNA analysis of this tissue matches that of the most recently amalgamated individuals approximately 37% of the time.

Support DTMWA6T's creations
with a gift of Premium Membership!