Welcome to the first step in our Journey Ahead. We're looking forward to a brand new year, filled with changes and possibilities all around us! In honor of that, our first Theme of the Month for 2021 will be cards with the word Journey in their name. Post your cards in the January thread on the Forums. We'll be selecting a few of them to be featured as well.

Speaking of Features, you may have noticed something new last month if you're a fan of the Mystery Box Challenges. The Mystery Box Feature.

Every month you have a chance to win this magical prize and pick a card of your choice to be featured, and all you have to do is participate in one of the most popular threads on the forums!

How to Critique other Cardsmiths

One of our most favorite Cardsmiths was kind enough to dedicate her entire monthly blog to Designing With Kindness. We wanted to follow up on that with some advice on how to critique others in ways that you may not have thought of before. The first method of critiquing that I wanted to highlight is the one used by Master Cardsmith Tomigon when people ask him for feedback after challenges.

The Card in question is this 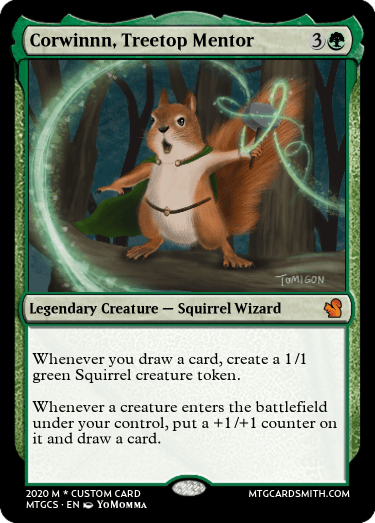 And here is the method and some examples from Tomigon himself.

When people DM me and ask for feedback, this is what I keep in mind.

And here are examples of feedback, including how I grade each example. I think #5 is the optimum choice

Feedback Used (2) This is merely an ineffective comment trying to explain the issue, and not a good piece of feedback. Feedback Grade - F

Just remove one of those abilities and itâs still a decent card.

Feedback Used (3) A suggestion was made, but not a lot of your reasoning behind it Feedback Grade - D

This loops itself. The 2nd ability should say ânontokenâ.

Feedback Used (2) & (3) Here the issue was addressed and a suggestion was made. Feedback Grade - C

Wow! This is a cool commander for token strategy! However I have one problem with this. Those two abilities make an infinite loop. Perhaps the last ability shouldn't let you draw a card?

Feedback Used (2)(3) & (5) This kind of feedback is good, because you're engaging the Cardsmith and making a positive connection Feedback Grade - B

I like the idea of making those two abilities interact with each other. But this loops itself and lets you draw an infinite number of cards. Both of those abilities are very powerful, so you can fix that issue in the process of nerfing those abilities.âWhenever you draw a card, ...â doesnât feel like mono greenâs trigger. I suggest âWhenever a Forest enters the battlefield under your control, ...âThe 2nd ability reminds me of The Great Henge, except this doesnât have a nontoken clause. But if it says nontoken, this no longer interacts with the first ability. What about âWhenever another creature enters the battlefield under your control for the first time each turn, ...â?Considering all those values this card generates, I think {3}{g}{g} [2/2] is a fair balance.The card that makes drawing a land card in the late game less disappointing is fun. Making a card that has a synergy on itself is a great attempt. Keep it up!Oh, one more thing. Crediting wrong artist is not good. If you credit the right artist, the card is less likely to be deleted and more chance to get featured!

Feedback Used (1)(2)(3)(4) & (5) Now were in elite level feedback. In our opinion, this is the kind of deep feedback that anyone who's looking to make MTG accurate cards is looking for. Feedback Grade - A+

Giving feedback and critiquing cards is one of the coolest things we do aside from forging our own custom creations. We don't expect everyone to give top notch feedback on every card, and not every Cardsmith is looking for someone to point out flaws in the design space of their card. That's why it's important to approach the comments you leave for someone in a way that you would want to hear it.

MTGCardsmith has always been the best interactive online card creator for a reason, and that reason is our Cardsmiths. We want everyone to feel welcome and free to make as many mistakes as they want, even the "on purpose" kind. That's why it's important that when we leave criticism, we do so with the best of intentions!

Card of the Year

Nominations for 2020's Card of the Year are open until January 7th, 2021. Any card made in 2020 is eligible for nomination, just stop by the FORUMS and nominate the card of your choice.

First up for 2021 is a Cardsmith that many current Cardsmiths feel is at the top of their game. Irihihi has created nearly 800 cards and two complete sets in full MTG fashion. We're confident that you'll enjoy Irihihi's cards as much as we have, and below we've gathered a small handful, in the hopes it will draw you in to check out more! 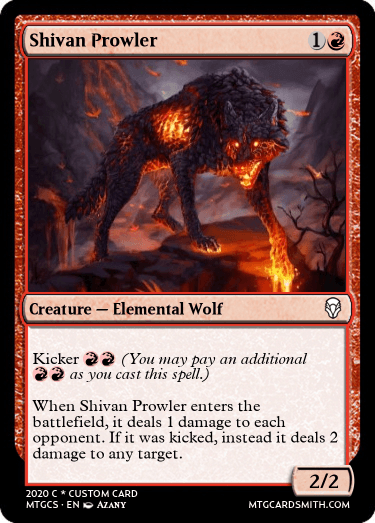 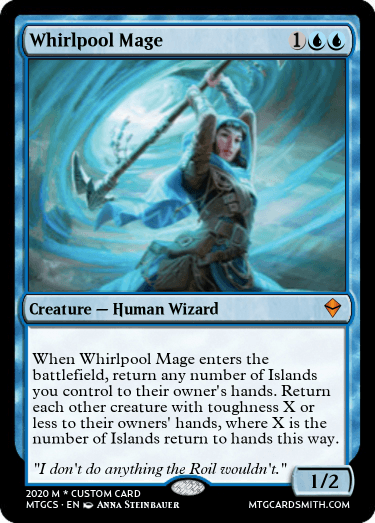 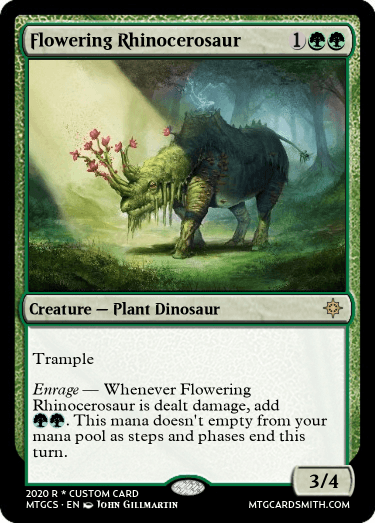 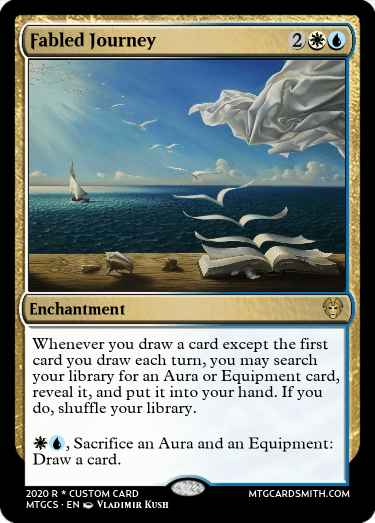 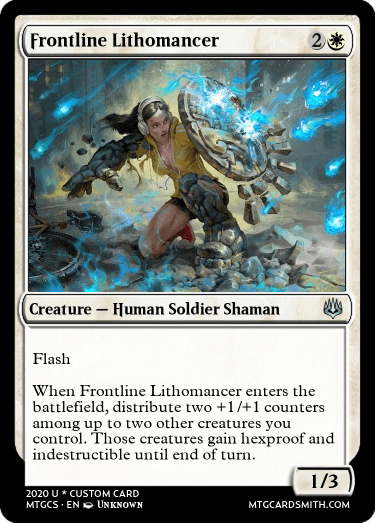 Our second Featured Cardsmith of the new year is none other than SpellPiper2213. We wanted to spotlight this Cardsmith because we've always been a fan, and their cards are always balanced and realistic. When you have a minute, check out SpellPiper2213's cards. When you're there, you'll find not only amazing cards, but some really cool art choices as well! 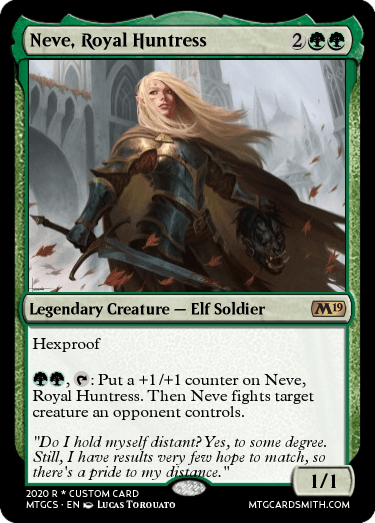 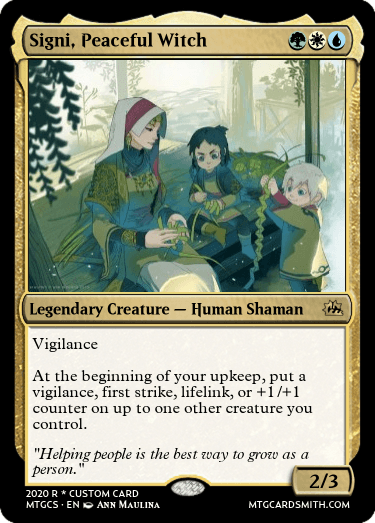 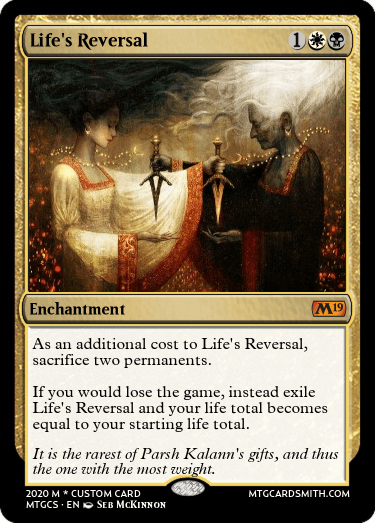 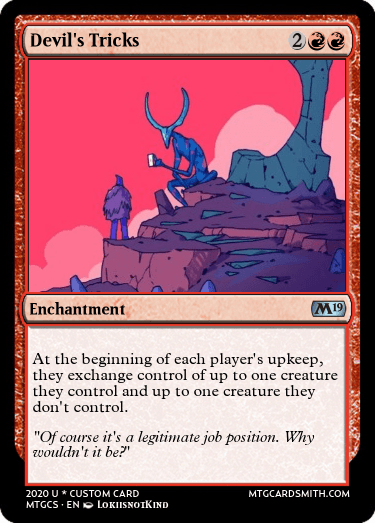 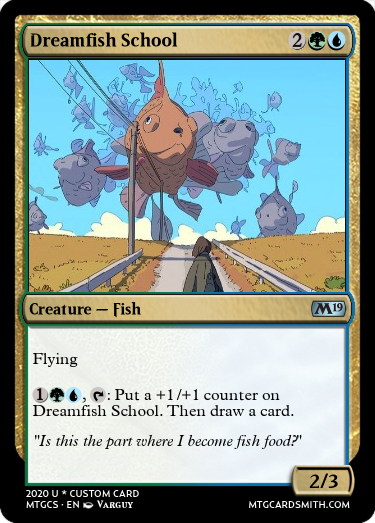 Each month we're excited to highlight just a couple of Cardsmiths that have helped make MTGCardsmith the best interactive online Card Creator. We hope you'll take some time to check out their creations!