CCC: Edge of the Multiverse 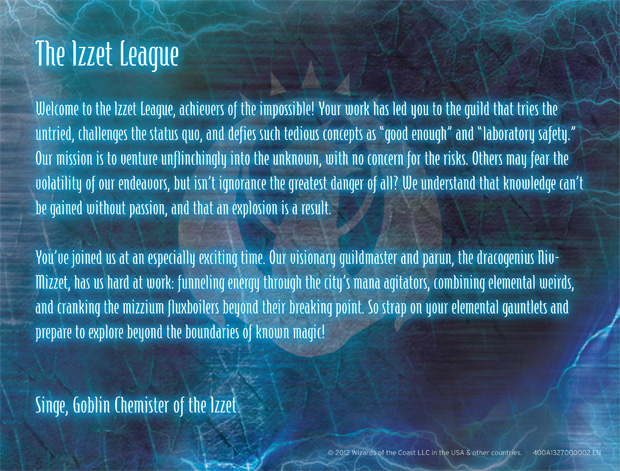 Hey folks, Iâve been super stressed with school work lately so I wanted to do an article that's a bit less research-intensive, something more personal. Itâs a story Iâve never told in its entirety but one thatâs very personal to me and my history with the game. Donât worry if you came here for card design content though, thereâs a lesson to this tale. As with all good stories, letâs start at the beginning.

Itâs the summer of 2010, and at this point, I was barely playing Magic. I had a starter deck my Dad grabbed for me at Comic-Con. It was a Blue/Green midrange (I think) deck that I remember had Paralyzing Grasp. It wasnât great and I always got my butt handed to me by the other players, but still, something about it had resonated with me. I would keep it in my pocket at all times, unsleeved and tied tight with a rubber band. Whenever I was bored or had a moment to myself Iâd take it out and flick through the cards, memorizing the flavor text and the art. It was like standing at the edge of a world I couldnât enter, soaking in as much as I could from what little I could see. I didnât know that Magic had a real story so Iâd make one up in my head, different every time I took the cards out. Every once in a while Iâd get a pack, add in whatever cards looked the coolest or had the best words (I still didnât really know how to play), and thus the story in my head would grow.

Flash forward to 2012. Iâm now around 12 years old and my Magic knowledge has grown a bit. I know how to play the game more, enough to do prereleases. My first one ever was that year, Return to Ravnica. I remember walking into the glue-fume filled attic of my hometown local game store (LGS) and being surrounded by real Magic players for the first time. (It was a horrible first impression). I was guided over to the main desk and offered my pick of the prerelease kits. It was then I saw the red and blue box that would change my life. Emblazoned with what looked like a phoenix I picked up the Izzet kit and immediately tore into its contents. Despite my promo being Hypersonic Dragon (a card I was told to be a âbombâ in limited) I was much more focused on the slip of paper included in the box. For those who donât know, these kits each came with a letter to the player, addressed from a high ranking member of their chosen guild.

I read the letter carefully. Then again. Then again. I couldnât get enough of this thing! The way it described this guild was exactly what I wanted. I felt a genuine connection to this imaginary organization through the words printed on this small slip of paper. I still have the letter to this day, itâs hanging on my wall actually. It was my first real foray into the world of Magic. I had finally put a foot over the edge and into the world Iâd only observed for the past few years. (I went on to go 0-5 at the prerelease)

Moving a little bit forward to 2013. It was early September, Theros was around the corner. I was now an actual player of Magic. I wasnât great, but I finally understood the game that had settled its way into my heart. I wasnât really a fan though, I didnât know about spoilers or much about the lore at all. I was still just on the edge.Â

I remember I was at a local second-hand store; my sister loves to thrift shop and I had tagged along. I was walking the aisles of toys looking for anything cool and had stumbled upon the book section. I decided to take a look, maybe I could find a cool comic to keep me occupied on the way home. It was here that my eyes settled on that familiar logo, stamped on the spine of an old and bent book. âChainerâs Tormentâ it read. I stared at the thing for a solid minute, just in shock, before picking it up and quickly forking over my saved up allowance. I had always loved to read and this combined my two favorite things to read -- books and Magic cards. I couldnât even wait until I was in the car to read it! I literally walked into the glass door on the way out because I couldnât take my eyes off the page. Chainerâs Torment was my obsession for the next week. Any free time I had was sunk into the book until I had finished it, I genuinely cried at the end. No spoilers, but itâs a sad ending. As I closed that book it was as if Iâd finally taken that step over the edge. No longer was I just an observer to this world of planes and magic, I walked through them taking in the real stories that Iâd missed all along.Â The next few months were spent at the local library, greedily reading the two Magic books they had (Distant Planes and Tapestries). This frenzy all culminated in me finally finding the Magic website and wiki, where I would spend the next few years taking it all in.

The final part of this story ends in 2016 with the release of Kaladesh. Iâm finally a fully-fledged player of Magic, Iâve got a ways to go before truly being skilled but Iâm actually playing well. I make friends, I have a better LGS, and I now own the Onslaught novel (also picked up from the same second-hand store.) Itâs this year that a friend introduced me to MTGCardsmith, through the tumblr WhyMTGCardsmith to be specific. It took a year, but eventually, I did sign up for an account and began making cards, leading us to today.

So why do I bring any of this up? Why is any of this important to making cards? Because thereâs a part of designing a magic card that I think people donât talk about enough. When we make a card the actual mechanics and function of it are only half of what weâre really creating. These pieces of cardboard are a window into worlds beyond our own, an entire multiverse of stories and people just waiting to show themselves.Â As designers we get to give these windows life, we become the architects of these places and the tellers of their tales. Sometimes a 1/1 for one mana with a bunch of good abilities is cool. But for my money, a vanilla 1/1 for one with gripping flavor text and killer art will always take the cake.

Thatâs all for this month my fellow cardboard crafters. If you have any thoughts on the distant planes of magic or you just want to talk lore hit me up in the comments below. You can also find me on twitter @East2Westmtg or email me at East2westmtg@gmail.com. As always this has been East2West and I'll see you guys on the battlefield.