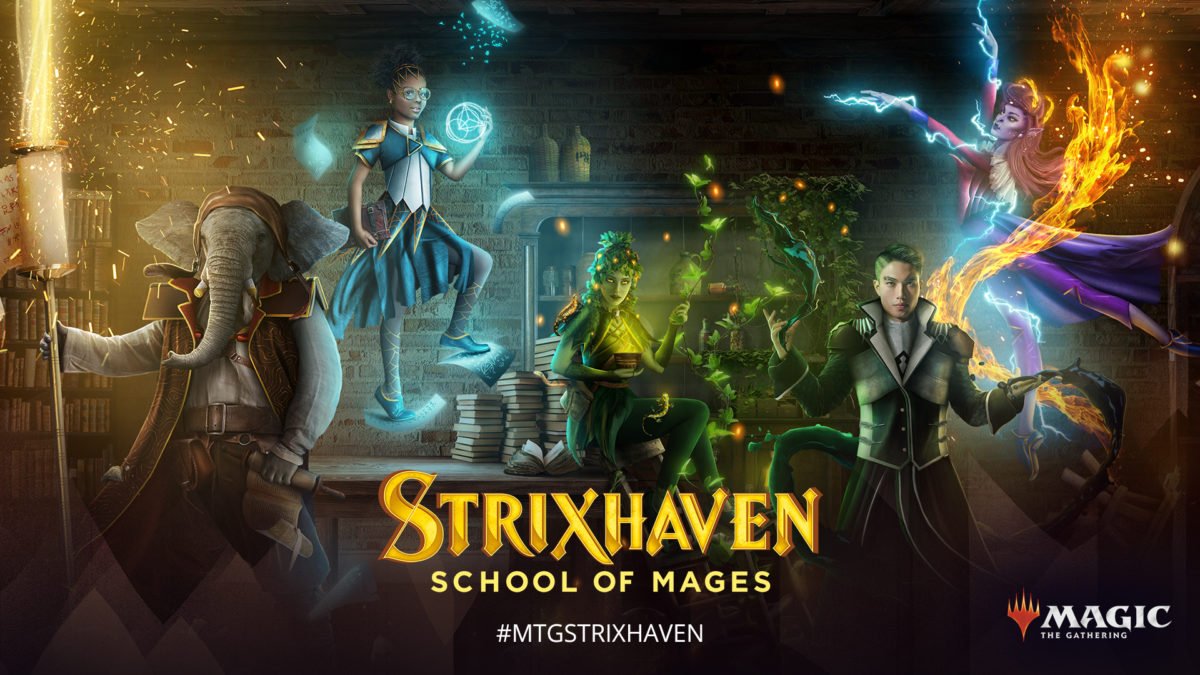 Magic is a game that relies on the human understanding of systems. Unless youâre playing on Arena or MTGO itâs up to you to understand your cards and how they interact with the game state. This isnât something we talk about a lot because it tends not to come up outside of new players. But recently, Strixhaven got me thinking about this concept and how it affects design. So sit back, relax, and letâs talk about why Strixhaven is a beautiful monster.
Â
First, letâs hammer out what âhuman understanding of systemsâ actually means. Letâs say you and I sit down to play a game of Magic. You play a mountain, tap it, and cast Shock targeting me. I would then tick my life total down by two points. Now this probably seems incredibly simple, but letâs break down what actually just happened in game terms.
Â  Â
Now that might not be totally accurate, Iâm not a judge and priority is still a bit of a headache to me, but the real point is that there are a lot of steps that most Magic players just skip over. Weâve all gotten used to this game and itâs mechanics, so we just naturally go through the motions. Thatâs why a line of play like Shocking someone to the face takes seconds to resolve when itâs actually a huge chain of game actions.
Â
So now that you get what I mean when I talk about the systems of Magic, we can get to the meat of Strixhaven.
Â
This set is magnificent, like genuinely I think it might be my new favorite set. The world, the characters, the mystical archive, and of course the actual cards themselves all kick ass!Â
The problem that Iâve seen though, is that a lot of them are just complicated for no real reason.
For an example, letâs take a look at Uvilda/Nassari.
Â
Both sides of this card have walls of text that make me tired just looking at it, and whatâs your payoff for reading through them? Well Uvilda gives cards pseudo Suspend and Nassari lets you get some sweet impulse draws. This is an interesting and innovative design that I actually really like, but thatâs the real rub here. The problem isnât with entrenched players like you and me, itâs with new players.
Â
When I went to college I talked five of my friends into learning how to play Magic, they all got pretty into it and I even gave them their own commander decks. Some even stayed on their game with Arena during quarantine. Strixhaven has put a huge roadblock in front of almost all of them. Cards like this make sense to older players because we were around for Suspend, so Uvilda just clicks for us. But to someone like my friends, who started playing in Theros:Beyond Death, well these mechanics just donât click well.Â
Â
So whatâs the solution? Innovative designs shouldnât be shelved just because a few players wonât understand them, but new players shouldnât feel threatened by overly complex design.
In my mind there are two real solutions here.
Â

This is what worked for me and my friends. They all knew that if they needed help with something Magic related I would gladly help them out. We played a few rounds, I explained the cards, and everything worked out pretty well. This seems simple, and thatâs because it is, but itâs also riddled with problems. Not all new players have someone they can call on for help, and even if they do they might not feel comfortable doing so. Mentoring is basically a short-term solution, a band-aid over a larger issue. So what could be done to help this at the source?
Â

Not the ones youâre thinking of though. See most starter decks Iâve seen playing Magic are overly simple and extremely baseline decks that serve as amazing introductions to the game, but kinda flop out after that. What I think needs to be done is having a series of starter decks, a whole product line ranging from beginner to advanced. Make them in a variety of colors and combinations so that they not only teach game mechanics, but also the ins and outs of colors and their pairs. Iâve already started some mock up decklists so I can test this on my school friends! This is the real solution, teaching the player base in a way thatâs just inherently fun and something they want to do anyway!
Â
What do you think about Strixhaven and itâs designs? Do you have any ways you think the innovative design vs new player issue could be solved? Iâd love to hear about it in the comments below! You can also find me on Twitter @East2Westmtg or email me at East2westmtg@gmail.com.
As always Iâve been East2West, your resident Silverquill drop out and Prismari honor student, and Iâll see you guys on the battlefield!
Apr 23, 2021 by East2West
comments powered by Disqus