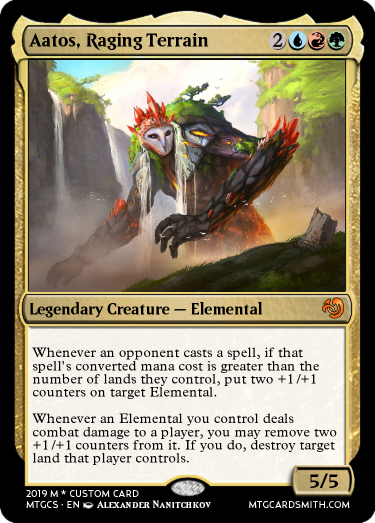 Whenever an opponent casts a spell, if that
spell's converted mana cost is greater than the
number of lands they control, put two +1/+1
counters on target Elemental.
Whenever an Elemental you control deals
combat damage to a player, you may remove two
+1/+1 counters from it. If you do, destroy target
land that player controls.