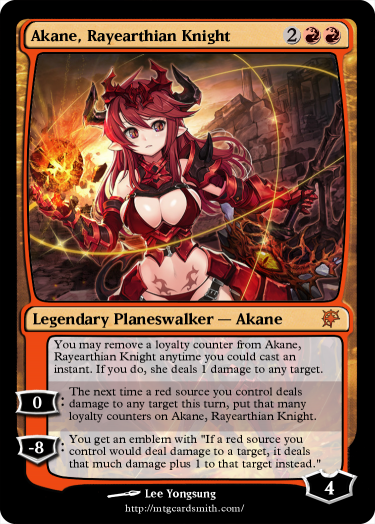 : You may remove a loyalty counter from Akane, Rayearthian Knight anytime you could cast an instant. If you do, she deals 1 damage to any target.
0: The next time a red source you control deals damage to any target this turn, put that many loyalty counters on Akane, Rayearthian Knight.
-8: You get an emblem with "If a red source you control would deal damage to a target, it deals that much damage plus 1 to that target instead."