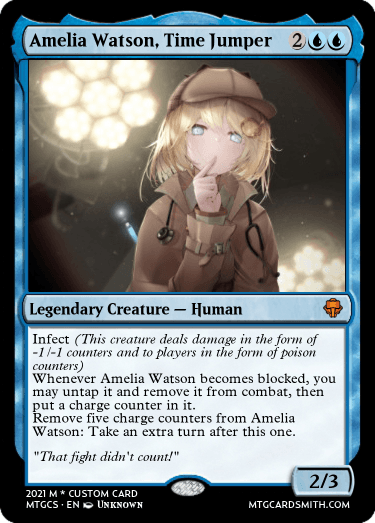 Infect (This creature deals damage in the form of
-1/-1 counters and to players in the form of poison
counters)
Whenever Amelia Watson becomes blocked, you
may untap it and remove it from combat, then
put a charge counter in it.
Remove five charge counters from Amelia
Watson: Take an extra turn after this one.
"That fight didn't count!"

Support BT9154's creations
with a gift of Premium Membership!