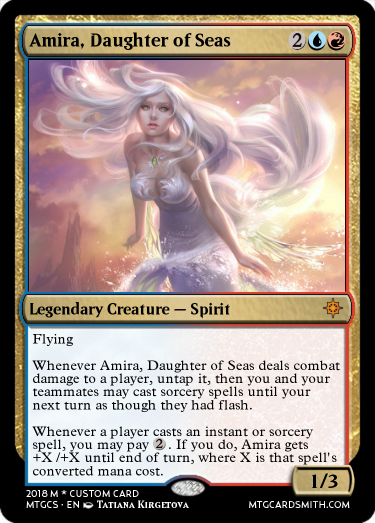 Flying
Whenever Amira, Daughter of Seas deals combat damage to a player, untap it, then you and your teammates may cast sorcery spells until your
next turn as though they had flash.
Whenever a player casts an instant or sorcery spell, you may pay {2}. If you do, Amira gets +X/+X until end of turn, where X is that spell's converted mana cost.