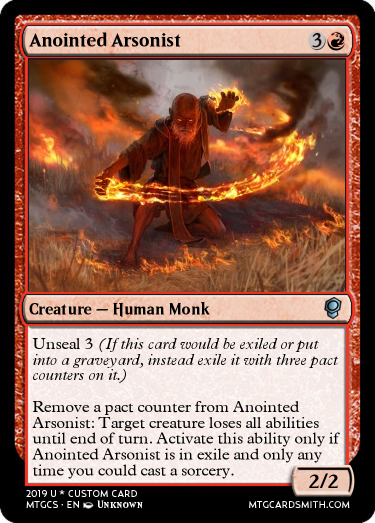 Unseal 3 (If this card would be exiled or put
into a graveyard, instead exile it with three pact counters on it.)
Remove a pact counter from Anointed Arsonist: Target creature loses all abilities
until end of turn. Activate this ability only if Anointed Arsonist is in exile and only any
time you could cast a sorcery.

Support Shmoohawk's creations
with a gift of Premium Membership!