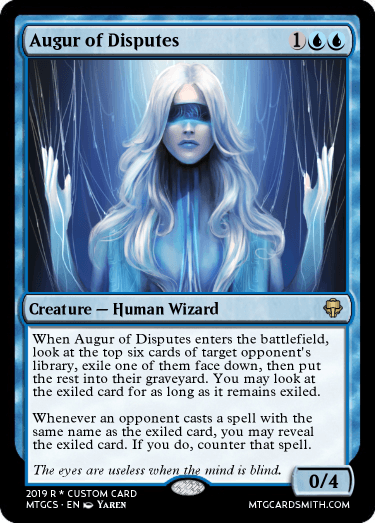 When Augur of Disputes enters the battlefield,
look at the top six cards of target opponent's
library, exile one of them face down, then put
the rest into their graveyard. You may look at
the exiled card for as long as it remains exiled.
Whenever an opponent casts a spell with the
same name as the exiled card, you may reveal
the exiled card. If you do, counter that spell.
The eyes are useless when the mind is blind.

Support ArmisJoe's creations
with a gift of Premium Membership!