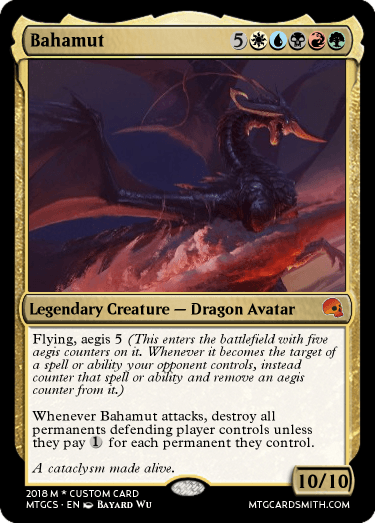 Flying, aegis 5 (This enters the battlefield with five aegis counters on it. Whenever it becomes the target of a spell or ability your opponent controls, instead counter that spell or ability and remove an aegis counter from it.)
Whenever Bahamut attacks, destroy all permanents defending player controls unless they pay {1} for each permanent they control.
A cataclysm made alive.

Support Fallen_Lord_Vulganos's creations
with a gift of Premium Membership!