Belligerent Influence
by Globert-the-Martian on Sep 02, 2020

Belligerent Influence
by Globert-the-Martian on Sep 02, 2020 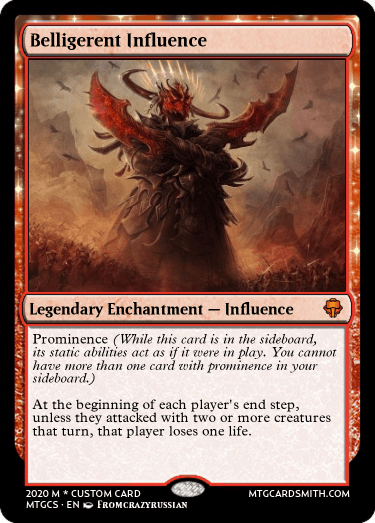 Prominence (While this card is in the sideboard,
its static abilities act as if it were in play. You cannot
have more than one card with prominence in your sideboard.)
At the beginning of each player's end step,
unless they attacked with two or more creatures
that turn, that player loses one life.

Support Globert-the-Martian's creations
with a gift of Premium Membership!