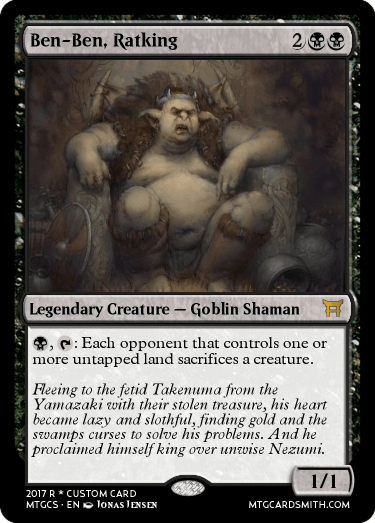 {b}, {t}: Each opponent that controls one or more untapped land sacrifices a creature.
Fleeing to the fetid Takenuma from the Yamazaki with their stolen treasure, his heart became lazy and slothful, finding gold and the swamps curses to solve his problems. And he proclaimed himself king over unwise Nezumi.

Support obsidianhoax's creations
with a gift of Premium Membership!