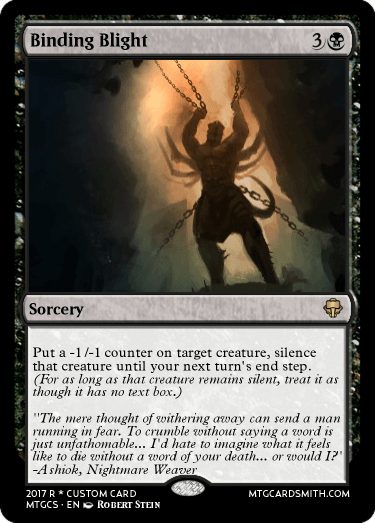 Put a -1/-1 counter on target creature, silence that creature until your next turn's end step.
(For as long as that creature remains silent, treat it as though it has no text box.)
"The mere thought of withering away can send a man running in fear. To crumble without saying a word is just unfathomable... I'd hate to imagine what it feels like to die without a word of your death... or would I?"
-Ashiok, Nightmare Weaver