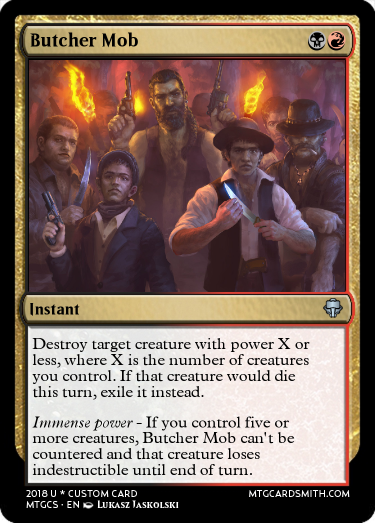 Destroy target creature with power X or less, where X is the number of creatures
you control. If that creature would die
this turn, exile it instead.
Immense power - If you control five or
more creatures, Butcher Mob can't be countered and that creature loses indestructible until end of turn.