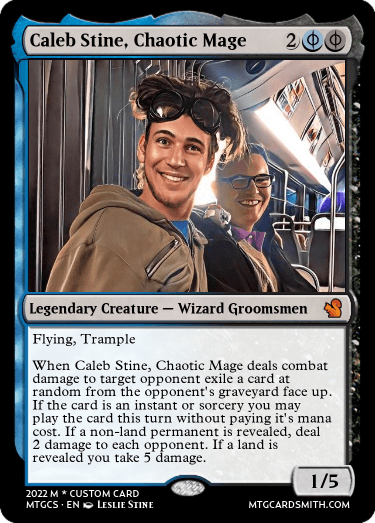 Flying, Trample
When Caleb Stine, Chaotic Mage deals combat
damage to target opponent exile a card at
random from the opponent's graveyard face up.
If the card is an instant or sorcery you may
play the card this turn without paying it's mana
cost. If a non-land permanent is revealed, deal
2 damage to each opponent. If a land is
revealed you take 5 damage.

Support LatinoHeat90's creations
with a gift of Premium Membership!