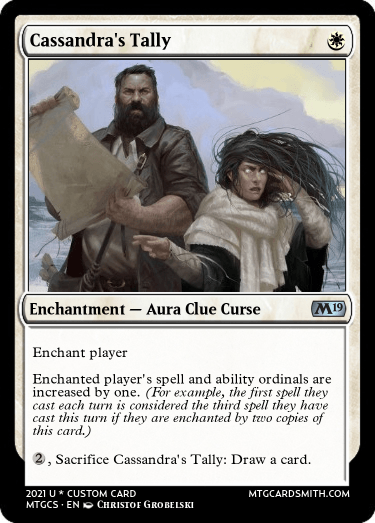 Enchant player
Enchanted player's spell and ability ordinals are increased by one. (For example, the first spell they cast each turn is considered the third spell they have cast this turn if they are enchanted by two copies of this card.)
{2}, Sacrifice Cassandra's Tally: Draw a card.

Support Involutus's creations
with a gift of Premium Membership!