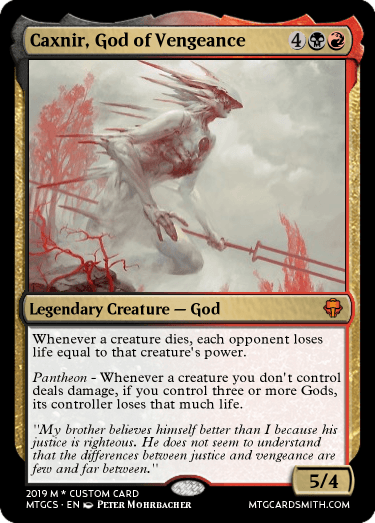 Whenever a creature dies, each opponent loses
life equal to that creature's power.
Pantheon - Whenever a creature you don't control
deals damage, if you control three or more Gods,
its controller loses that much life.
"My brother believes himself better than I because his justice is righteous. He does not seem to understand
that the differences between justice and vengeance are
few and far between."