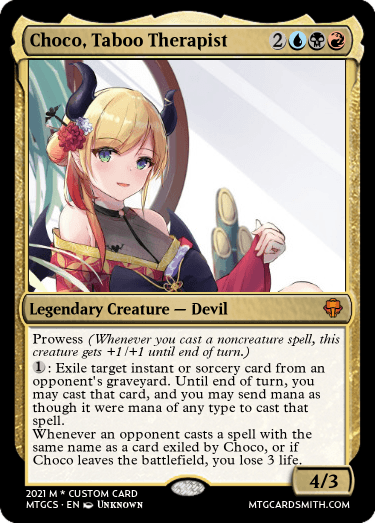 Prowess (Whenever you cast a noncreature spell, this creature gets +1/+1 until end of turn.)
{1}: Exile target instant or sorcery card from an
opponent's graveyard. Until end of turn, you
may cast that card, and you may send mana as
though it were mana of any type to cast that
spell.
Whenever an opponent casts a spell with the
same name as a card exiled by Choco, or if
Choco leaves the battlefield, you lose 3 life.

Support BT9154's creations
with a gift of Premium Membership!