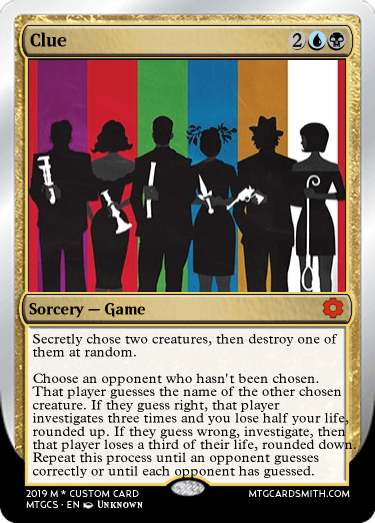 Secretly chose two creatures, then destroy one of
them at random.
Choose an opponent who hasn't been chosen.
That player guesses the name of the other chosen creature. If they guess right, that player investigates three times and you lose half your life, rounded up. If they guess wrong, investigate, then
that player loses a third of their life, rounded down. Repeat this process until an opponent guesses correctly or until each opponent has guessed.

Support TheAnonymousWaffle's creations
with a gift of Premium Membership!