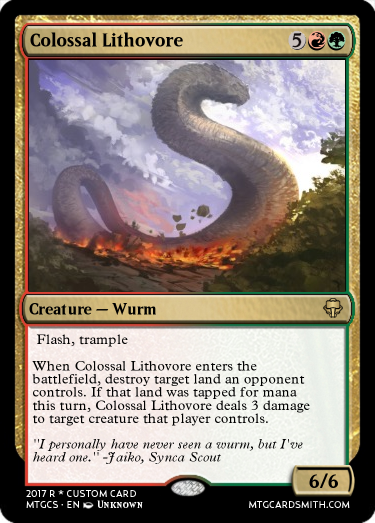 Flash, trample
When Colossal Lithovore enters the battlefield, destroy target land an opponent controls. If that land was tapped for mana
this turn, Colossal Lithovore deals 3 damage
to target creature that player controls.
"I personally have never seen a wurm, but I've
heard one." -Jaiko, Synca Scout

Support Bellycuss's creations
with a gift of Premium Membership!