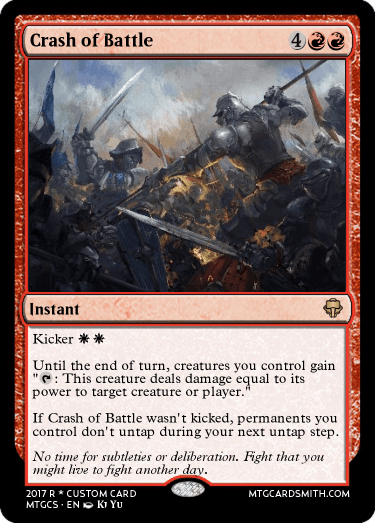 Kicker {w}{w}
Until the end of turn, creatures you control gain
"{t}: This creature deals damage equal to its
power to target creature or player."
If Crash of Battle wasn't kicked, permanents you control don't untap during your next untap step.
No time for subtleties or deliberation. Fight that you might live to fight another day.

Support Brainifyer's creations
with a gift of Premium Membership!