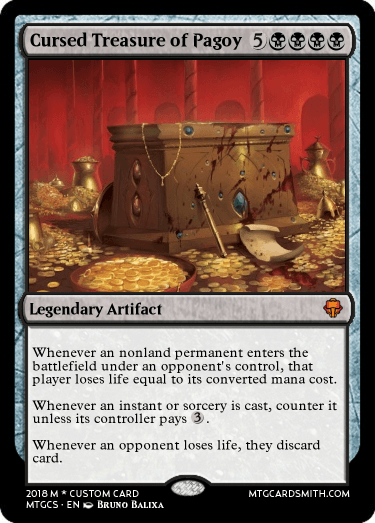 Whenever an nonland permanent enters the battlefield under an opponent's control, that player loses life equal to its converted mana cost.
Whenever an instant or sorcery is cast, counter it unless its controller pays {3}.
Whenever an opponent loses life, they discard a card.
A selfish king kept the treasure for himself, leaving his subjects to die. A street sorceror named Gulnila cast a curse over his treasure, dooming anyone who owned it to a slow, painful death.

Support TigerFang8's creations
with a gift of Premium Membership!