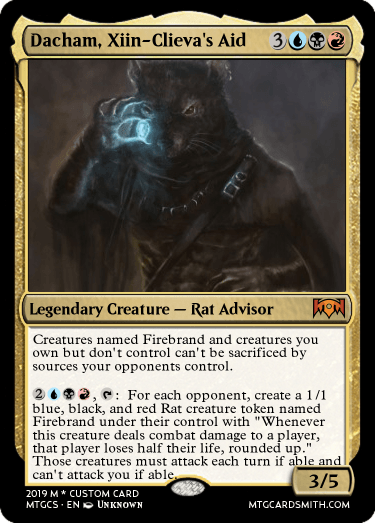 Creatures named Firebrand and creatures you
own but don't control can't be sacrificed by
sources your opponents control.
{2}{u}{b}{r}, {t}: For each opponent, create a 1/1
blue, black, and red Rat creature token named Firebrand under their control with "Whenever
this creature deals combat damage to a player,
that player loses half their life, rounded up."
Those creatures must attack each turn if able and
can't attack you if able.

Support MonkeyPirate2002's creations
with a gift of Premium Membership!