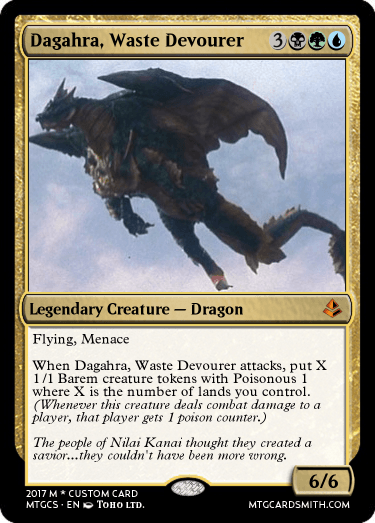 Flying, Menace
When Dagahra, Waste Devourer attacks, put X 1/1 Barem creature tokens with Poisonous 1 where X is the number of lands you control. (Whenever this creature deals combat damage to a player, that player gets 1 poison counter.)
The people of Nilai Kanai thought they created a savior...they couldn't have been more wrong.

Support SpanishBulldog63's creations
with a gift of Premium Membership!