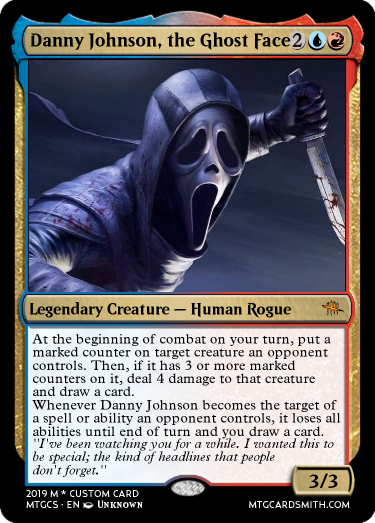 At the beginning of combat on your turn, put a
marked counter on target creature an opponent controls. Then, if it has 3 or more marked
counters on it, deal 4 damage to that creature
and draw a card.
Whenever Danny Johnson becomes the target of
a spell or ability an opponent controls, it loses all abilities until end of turn and you draw a card.
"I've been watching you for a while. I wanted this to
be special; the kind of headlines that people
don't forget."

Support luigilink32's creations
with a gift of Premium Membership!