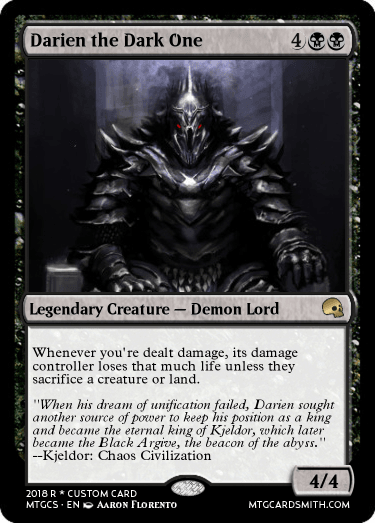 Darien the Dark One

Whenever you're dealt damage, its damage controller loses that much life unless they sacrifice a creature or land.
"When his dream of unification failed, Darien sought another source of power to keep his position as a king and became the eternal king of Kjeldor, which later became the Black Argive, the beacon of the abyss."
--Kjeldor: Chaos Civilization

Support sanjaya666's creations
with a gift of Premium Membership!