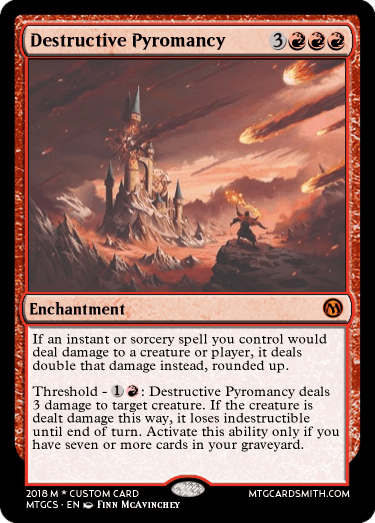 If an instant or sorcery spell you control would
deal damage to a creature or player, it deals
double that damage instead, rounded up.
Threshold - {1}{r}: Destructive Pyromancy deals
3 damage to target creature. If the creature is
dealt damage this way, it loses indestructible
until end of turn. Activate this ability only if you
have seven or more cards in your graveyard.

Support fraziel07's creations
with a gift of Premium Membership!