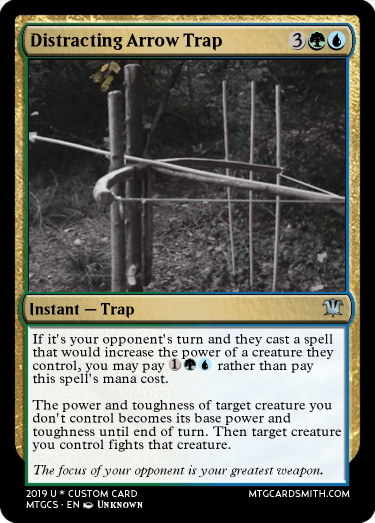 If it's your opponent's turn and they cast a spell
that would increase the power of a creature they control, you may pay {1}{g}{u} rather than pay
this spell's mana cost.
The power and toughness of target creature you
don't control becomes its base power and
toughness until end of turn. Then target creature
you control fights that creature.
The focus of your opponent is your greatest weapon.

Support EpicBoss99's creations
with a gift of Premium Membership!