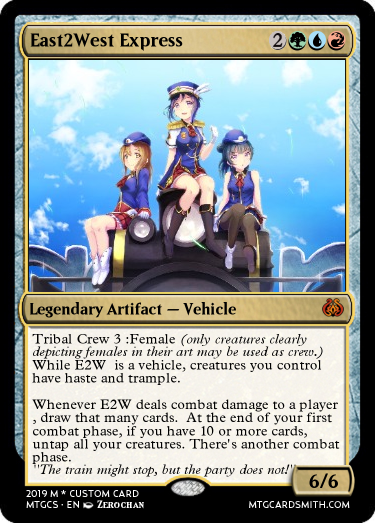 Tribal Crew 3 :Female (only creatures clearly depicting females in their art may be used as crew.)
While E2W is a vehicle, creatures you control
have haste and trample.
Whenever E2W deals combat damage to a player
, draw that many cards. At the end of your first
combat phase, if you have 10 or more cards,
untap all your creatures. There's another combat
phase.
"The train might stop, but the party does not!"