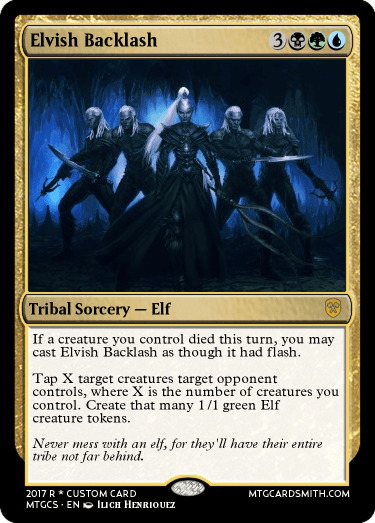 If a creature you control died this turn, you may cast Elvish Backlash as though it had flash.
Tap X target creatures target opponent controls, where X is the number of creatures you control. Create that many 1/1 green Elf creature tokens.
Never mess with an elf, for they'll have their entire tribe not far behind.

Support Superman101's creations
with a gift of Premium Membership!