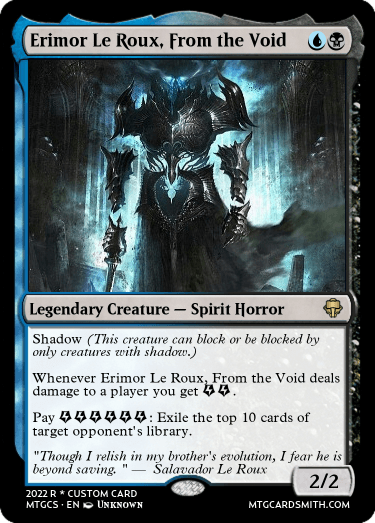 Erimor Le Roux, From the Void

Shadow (This creature can block or be blocked by only creatures with shadow.)
Whenever Erimor Le Roux, From the Void deals damage to a player you get {e}{e}.
Pay {e}{e}{e}{e}{e}{e}: Exile the top 10 cards of target opponent's library.
"Though I relish in my brother's evolution, I fear he is beyond saving. " â Salavador Le Roux

Support evileagle76's creations
with a gift of Premium Membership!