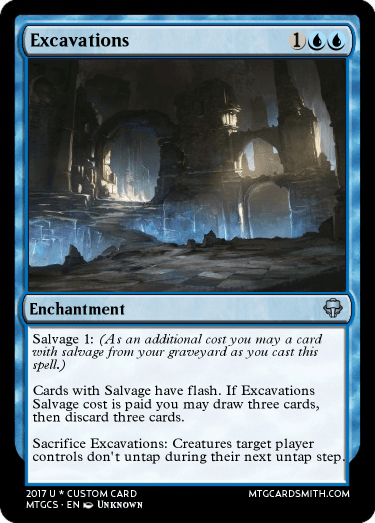 Salvage 1: (As an additional cost you may a card with salvage from your graveyard as you cast this spell.)
Cards with Salvage have flash. If Excavations Salvage cost is paid you may draw three cards, then discard three cards.
Sacrifice Excavations: Creatures target player controls don't untap during their next untap step.

Support Derain2's creations
with a gift of Premium Membership!