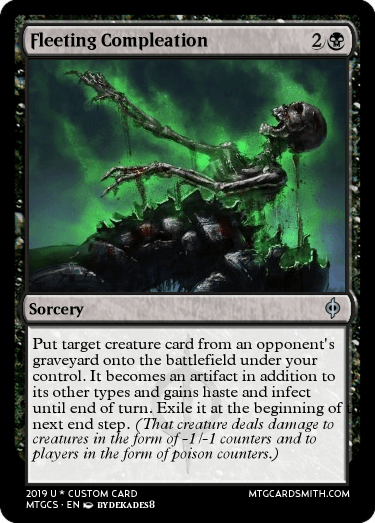 Put target creature card from an opponent's graveyard onto the battlefield under your control. It becomes an artifact in addition to
its other types and gains haste and infect
until end of turn. Exile it at the beginning of the next end step. (That creature deals damage to creatures in the form of -1/-1 counters and to players in the form of poison counters.)