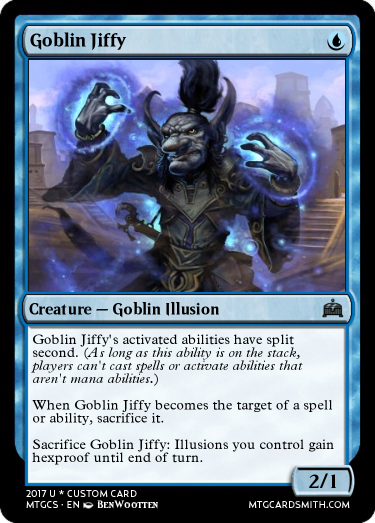 Goblin Jiffy's activated abilities have split
second. (As long as this ability is on the stack, players can't cast spells or activate abilities that
aren't mana abilities.)
When Goblin Jiffy becomes the target of a spell
or ability, sacrifice it.
Sacrifice Goblin Jiffy: Illusions you control gain hexproof until end of turn.