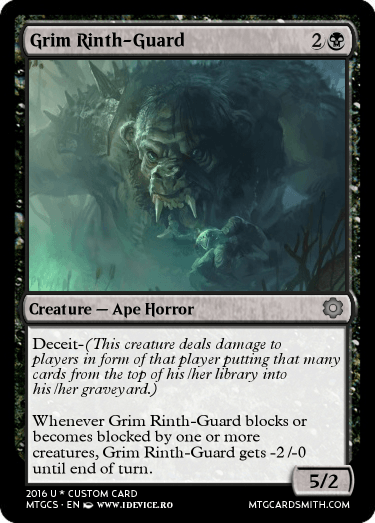 Deceit-(This creature deals damage to players in form of that player putting that many cards from the top of his/her library into his/her graveyard.)
Whenever Grim Rinth-Guard blocks or becomes blocked by one or more creatures, Grim Rinth-Guard gets -2/-0 until end of turn.

Support ZonkoTheGreat's creations
with a gift of Premium Membership!