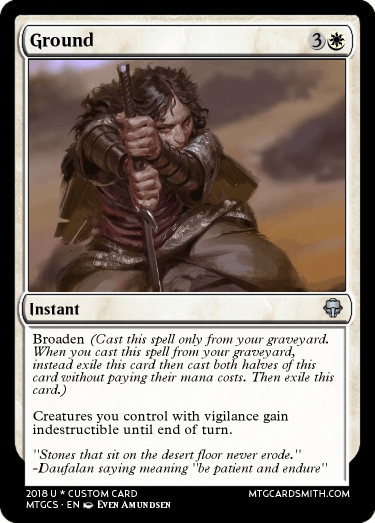 Broaden (Cast this spell only from your graveyard. When you cast this spell from your graveyard, instead exile this card then cast both halves of this card without paying their mana costs. Then exile this card.)
Creatures you control with vigilance gain indestructible until end of turn.
"Stones that sit on the desert floor never erode."
-Daufalan saying meaning "be patient and endure"