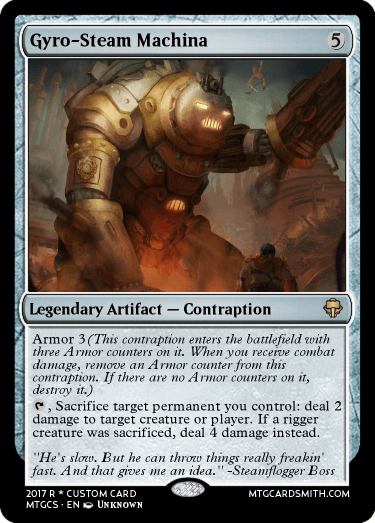 Armor 3(This contraption enters the battlefield with three Armor counters on it. When you receive combat damage, remove an Armor counter from this contraption. If there are no Armor counters on it, destroy it.)
{t}, Sacrifice target permanent you control: deal 2 damage to target creature or player. If a rigger creature was sacrificed, deal 4 damage instead.
"He's slow. But he can throw things really freakin' fast. And that gives me an idea." -Steamflogger Boss

Support kennyboy23's creations
with a gift of Premium Membership!