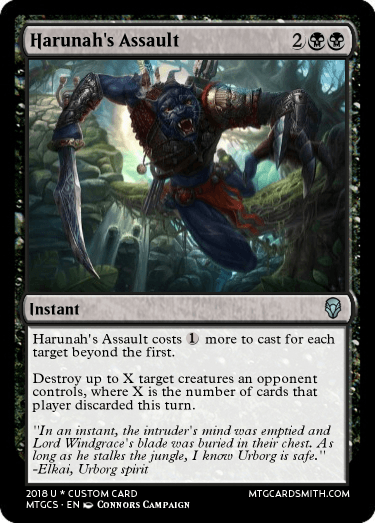 Harunah's Assault costs {1} more to cast for each target beyond the first.
Destroy up to X target creatures an opponent controls, where X is the number of cards that player discarded this turn.
"In an instant, the intruder's mind was emptied and Lord Windgrace's blade was buried in their chest. As long as he stalks the jungle, I know Urborg is safe."
-Elkai, Urborg spirit