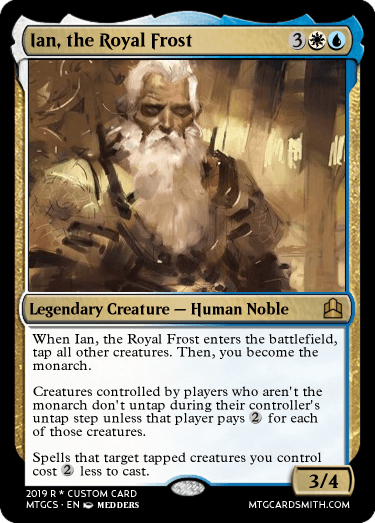 When Ian, the Royal Frost enters the battlefield, tap all other creatures. Then, you become the monarch.
Creatures controlled by players who aren't the monarch don't untap during their controller's untap step unless that player pays {2} for each of those creatures.
Spells that target tapped creatures you control cost {2} less to cast.

Support AlexWright's creations
with a gift of Premium Membership!