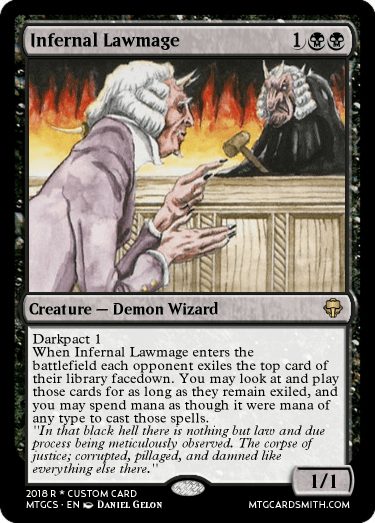 Darkpact 1
When Infernal Lawmage enters the battlefield each opponent exiles the top card of their library facedown. You may look at and play those cards for as long as they remain exiled, and you may spend mana as though it were mana of any type to cast those spells.
"In that black hell there is nothing but law and due process being meticulously observed. The corpse of justice; corrupted, pillaged, and damned like everything else there."

Support silentone2k's creations
with a gift of Premium Membership!