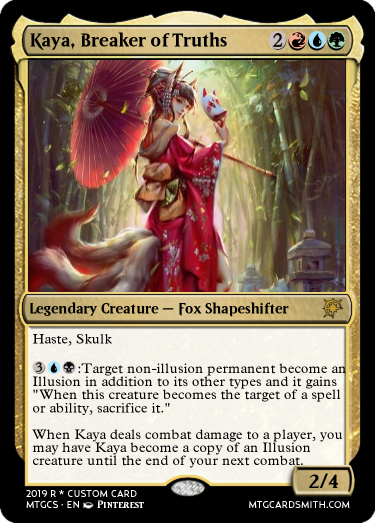 Haste, Skulk
{3}{u}{b}:Target non-illusion permanent become an Illusion in addition to its other types and it gains
"When this creature becomes the target of a spell
or ability, sacrifice it."
When Kaya deals combat damage to a player, you
may have Kaya become a copy of an Illusion
creature until the end of your next combat.