Knowledge Bombardment
by Lastjustice on Dec 08, 2017

Knowledge Bombardment
by Lastjustice on Dec 08, 2017 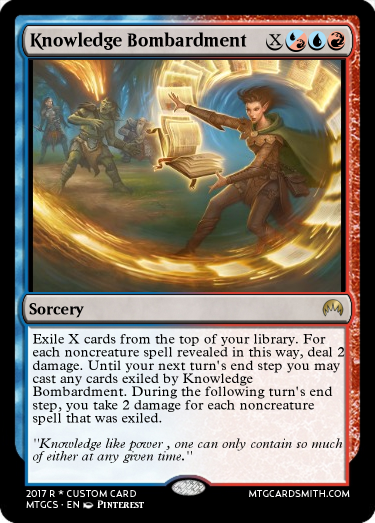 Exile X cards from the top of your library. For each noncreature spell revealed in this way, deal 2 damage. Until your next turn's end step you may cast any cards exiled by Knowledge Bombardment. During the following turn's end step, you take 2 damage for each noncreature spell that was exiled.
"Knowledge like power , one can only contain so much of either at any given time."