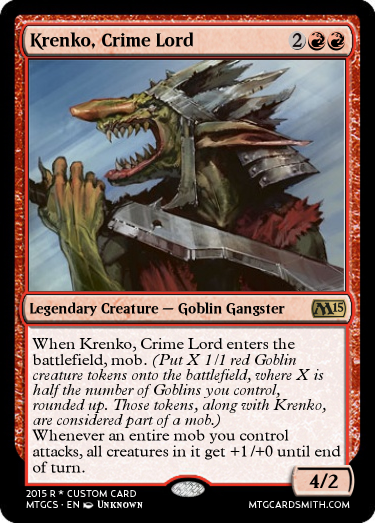 When Krenko, Crime Lord enters the battlefield, mob. (Put X 1/1 red Goblin creature tokens onto the battlefield, where X is half the number of Goblins you control, rounded up. Those tokens, along with Krenko, are considered part of a mob.)
Whenever an entire mob you control attacks, all creatures in it get +1/+0 until end of turn.

Support michaelmvm's creations
with a gift of Premium Membership!